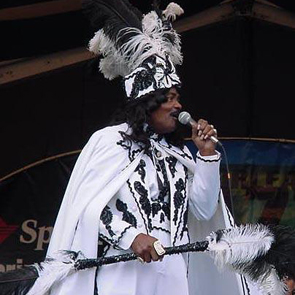 THE EMPEROR AND THE PROFESSOR OF NEW ORLEANS MUSIC: ERNIE K-DOE & PROFESSOR LONGHAIR