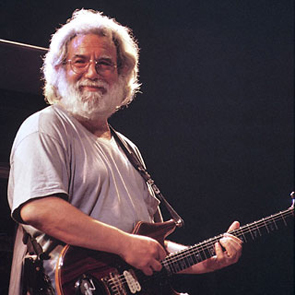 For 50 years in various incarnations the Grateful Dead have held forth as America’s iconic roots rock, jamming tour band. This July 4th, as Dead fans gather for a final series of concerts in Chicago, we revisit a classic American Routes program that featured the musical sources of the Dead in blues, old-time country, folk and jazz. We also reprise an in-depth interview that Nick did as part of an oral history with the late guitarist and bandleader Jerry Garcia at the Smithsonian Institution. Garcia often presented himself as an alternative huckster version of Uncle Sam complete with a stars and stripes top hat. His Americanist vision was grounded in the diversity of traditional music that he loved, electrified and improvised upon. In addition to Jerry and a wide range of music, the Dead Heads also have their say about the nature of a Grateful Dead live show. So come hear “Uncle John’s Band!” Join us as we go “Truckin’,” and May the Fourth Be With You!