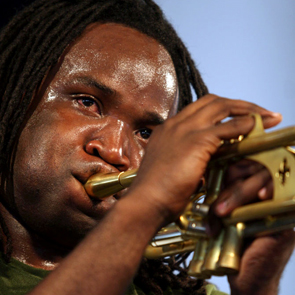 FROM THE SHOW: SAINTS ALIVE: AFTER THE STORM XI

From the show "Saints Alive: After the Storm XI" originally aired on August 26th, 2009

SAINTS ALIVE: AFTER THE STORM XI

This week we commemorate the anniversary of Hurricane Katrina in music and conversation with piano professor Allen Toussaint, who shares his thoughts about the recovery of his beloved city and his recent turn toward New Orleans jazz classics on his release The Bright Mississippi. Then, up and coming jazz trumpeter and Lower 9th Ward native Shamarr Allen stops by the American Routes studios to tell of his life both before and after the storm, as well as his hopes for his hometown. Plus music and songs that reflect our shared sense of loss for what has gone, and that celebrate the continuing recovery of the Crescent City.

FROM THE SHOW: AFTER THE STORM: KATRINA AT 15