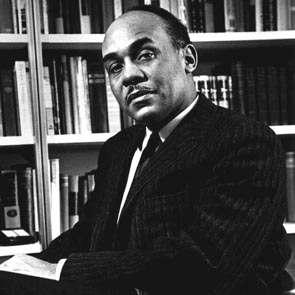 EPISODES OF AMERICAN ROUTES WITH ROBERT O'MEALLY ON RALPH ELLISON

Columbia professor of jazz studies Robert O'Meally discusses Harlem writer Ralph Ellison, best known for his novel, The Invisible Man. Born in Oklahoma City and reared on the jazz of the southwestern territory bands, Ellison was a music major at Tuskegee Institute before moving to New York. The author used his love and knowledge to write music criticism as well as developing a style of jazz-based, musical language in his fiction.

FROM THE SHOW: EMPRESS OF THE BLUES: BESSIE SMITH

From the show "Empress of the Blues: Bessie Smith" originally aired on March 25th, 2020