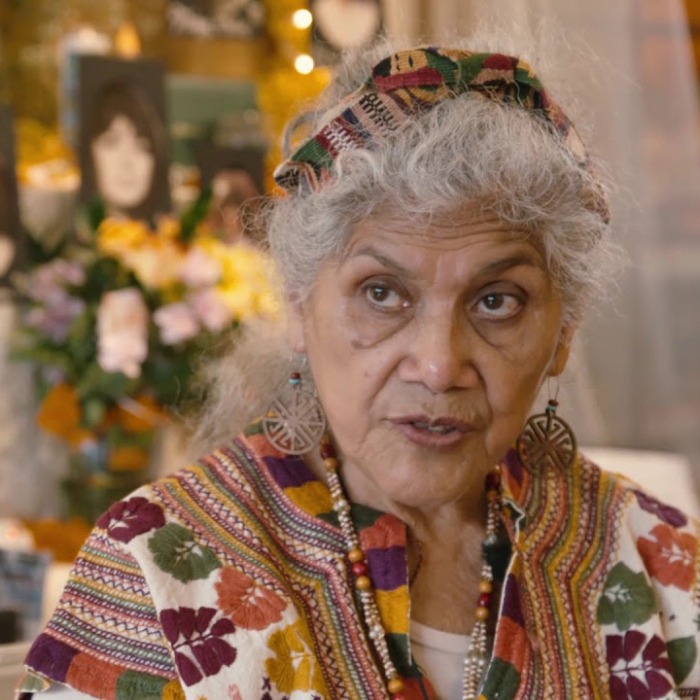 FROM THE SHOW: DANCE AROUND IN YOUR BONES: HALLOWEEN, ALL SAINTS AND ALL SOULS

From the show "Dance Around in Your Bones: Halloween, All Saints and All Souls" originally aired on October 27th, 2021

DANCE AROUND IN YOUR BONES: HALLOWEEN, ALL SAINTS AND ALL SOULS

It's Halloween night, then Toussaint (All Saints Day) and All Souls Day, also Dia de los Muertos. We mark the season with songs and stories of hauntings, voodoo, and the afterlife in a devout and disruptive mix that honors and humours the dead, past and present. Hear from native New Orleanians Dr. John and Charles Neville about their encounters with the spirit world, and a trip to the local botanica in search of potions and charms to conjure good luck. Then California ofrenda maker Ofelia Esparza reveals the meanings behind her altar work for remembering loved ones on the Day of the Dead. Plus holiday and holy day sounds from Cassandra Wilson, Muddy Waters, Ana Tijoux, Gene Vincent and Santana.